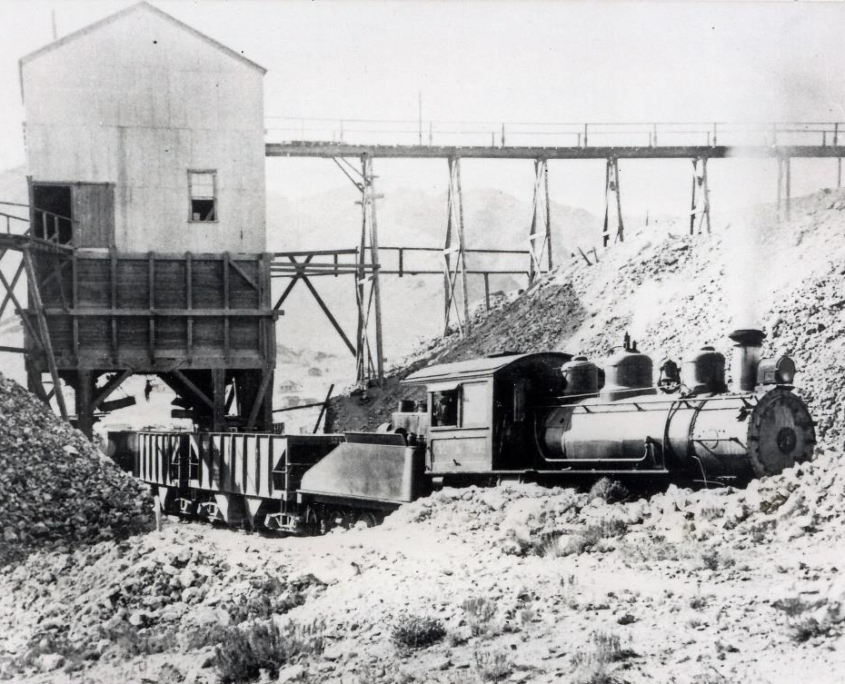 One of our most important assets at the Park is the Silver Top Complex, which includes the Silver Top headframe, hoist house, ore house (Grizzly), and train infrastructure.

It is one of the only remaining intact complexes in Nevada and is one of the principle attractions within the Tonopah Historic Mining Park.

The Silver Top headframe was stabilized and restored in 2019 utilizing funds from the Commission for Cultural Centers and Historic Preservation. Access to two of the historical landmarks (bridge and Grizzly) are closed to the public due to safety concerns. The bridge (part of the train infrastructure) leading to the Silver Top orehouse (Grizzly) from the headframe needs to be stabilized and repaired, reopening both to the public. At the same time, we would like to recreate the upper trestle that ran from the orehouse to the headframe (see historic photo), retying these two structures together for added stabilization. Our goal is to stabilize and repair structures where that is feasible, and replace with historically correct features, only as necessary, to significantly increase the historical mine experience for visitors.

Please help us in our quest to preserve the Silver Top for future generations! 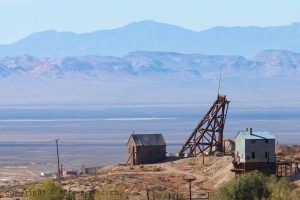 The Silver Top was one of the original claims found by Jim & Belle Butler.  In 1906, the original headframe was torn down and rebuilt as the mine grew in size.  The headframe standing today is the same 1906 headframe (or gallows frame, as they were called in the day) and it stayed in use until 1948.  One of two existing wooden headframes, the Silver Top is also one of three complete hoisting works located at the Tonopah Historic Mining Park.  This headframe stands next to the Silver Top’s iconic ore house, known as the “Grizzly”.  This ore house was built in 1907 and contained grizzly screens and ore sorting tables.  The Silver Top and its “Grizzly” stand proudly as sentinels over the town of Tonopah today.

There are several different major issues that this headframe is facing.  The front foundation footings have failed.  This has caused the front feet of the headframe to drop down and spread away from the rear feet, which has caused a stress crack to develop in the rear foundation footings.  The cage rails have also been broken and several structural trusses have pulled loose and fallen.

“The Silver Top Headframe appears to be in danger of total collapse.  We observed signs of foundation settlement and several failed or significantly deteriorated wood members.  The majority of connections between timber members are lost or severely weakened.  We recommended shoring the overall structure immediately and performing repair work soon after.  If shoring and repairs cannot be performed immediately, the structure should be carefully dismantled and stored in a protective environment to prevent further damage until such time when repairs are performed.”

Photos of the restoration efforts above by Russ Gartz.

Restoration began in August of 2019.

This project is funded, in part, with assistance of the Commission for Cultural Centers and Historic Preservation.

How can you help?  By monetary contributions, purchasing a memorial brick, becoming a member of the Tonopah Historic Mining Park Foundation, and passing the word on to others.

November 1, 2019 – The Silver Top Head Frame is back on its new foundation!

The crane arrived back in town yesterday morning bright and early.  It was an all day affair (the crane was detached from the head frame at 8 o’clock last night!).  See pictures below, courtesy of Russ Gartz.

Great job and thanks so much to the THMP Foundation for steering heading this project and SHPO for providing grant funds to help get this done!

Please help us in our quest to preserve the Silver Top mine for future generations!