Over a century of mining… 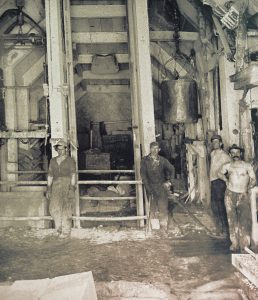 As the story goes, Jim Butler was camping around Tonopah Springs, the spring of 1900 when his burro wandered off.

While chasing it, Jim picked up a rock to throw at it & discovered some promising looking ore. He continued his journey and showed the samples to others, who showed little interest. After returning to his home in Belmont, Butler told a young attorney named Tasker Oddie about his discovery. Tasker had a friend who taught chemistry in Austin, and he enlisted the teacher’s help in assaying the sample.

The ore valued at more than $200 a ton. Jim’s wife, Belle urged him to travel once again to the site of the original find and filed eight claims and removed several tons of ore. For a one-quarter share, Wilse Brougher hauled the ore by horse and wagon to Austin, then by rail to Salt Lake City for smelting.

That first shipment netted the partners $500.00, which was used to buy equipment needed for further development.

As venture capital was difficult to obtain, Jim, Belle and their partners implemented the unusual concept of mine claim leasing by the foot. These leases, which were sealed by a handshake, gave the lessor 75% of all profits from his claim and greatly speeded the development of the district. 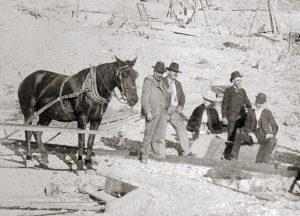 Many of the miners got rich under this arrangement. The practice then quickly spread to other mining districts. The Butlers eventually sold their interests in the properties to a Philadelphia financier, who formed the Tonopah Mining Co. The assets of this new company exceeded one million dollars.

Tasker Oddie subsequently formed the Tonopah Belmont Development Company with production between the two, totaling more than half of the precious metals from the mining district. 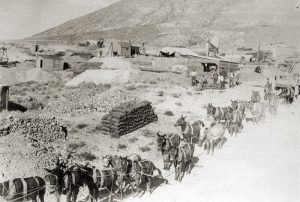