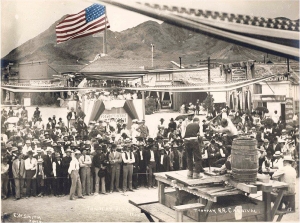 Drilling contests started in Tonopah at the turn of the last century, and involved the skills miners needed to make a living at their profession.  Since 1970, the Nevada State Mining Championships have been held on Memorial Day weekend at Tonopah Historic Mining Park as part of Jim Butler Days.

These modern events include Double and Single Jack Drilling and Individual and Team Mucking. Both women and men are invited to participate. Silver hammers and shovels and cash prizes are the incentive and the reward is being able to brag that you are the Nevada State Champion!

Prize money is donated by supportive companies and individuals. All comers are invited to participate. In addition to prize money, winners (men and women alike) take home silver shovels (Individual and Team Mucking) and hammers (Single and Double Jack).  A minimum of three participants must be entered for an event to be held.

Cash prizes awarded for 1st, 2nd, and 3rd place in each event. The top Men and Women Single Jack contestants will win $100 per inch drilled! Silver hammers and shovels for 1st place Men & Women’s Drilling and Mucking. Beer and food concessions will be available. Junior and Youth Mucking at 10 a.m. on Sunday. 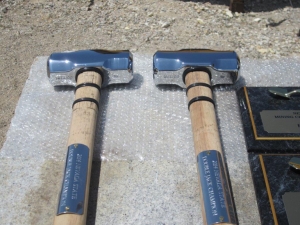 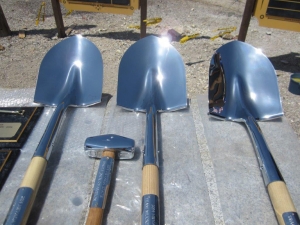 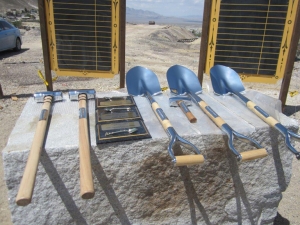 Additional photos can been seen on our Facebook page.